The Epic Kayaks Doctor 2015 Wrap Up 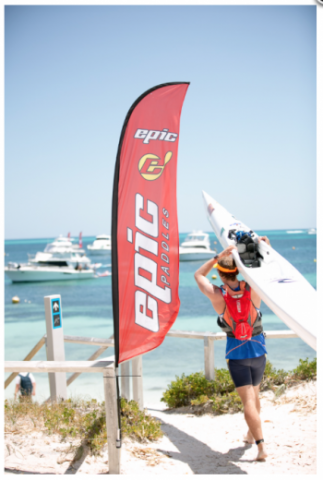 Hill Put The Mockers On. 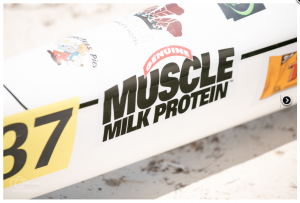 On Saturday, 350 competitors lined up on ski’s, SUP’s, outriggers, sea kayaks and doubles to take on the converted 26.5km Epic Kayaks Doctor race from Rottnest Island to Sorrento. Athletes and punters alike were greeted with perfect downwind conditions with 20+ knots of fresh SSW wind blowing through from 11am. This was the biggest event of the Muscle Milk Australian Ocean Racing Series. 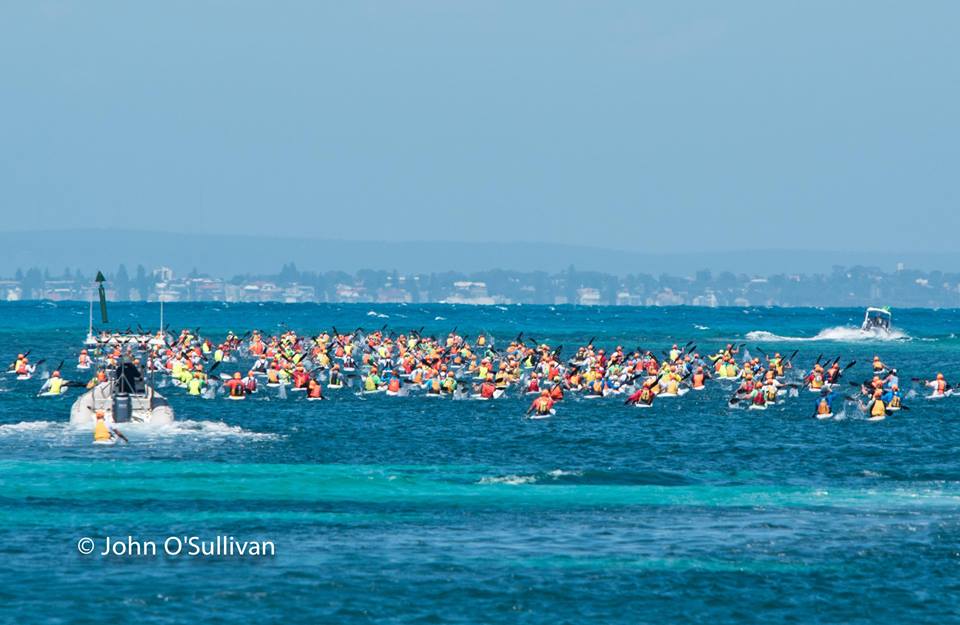 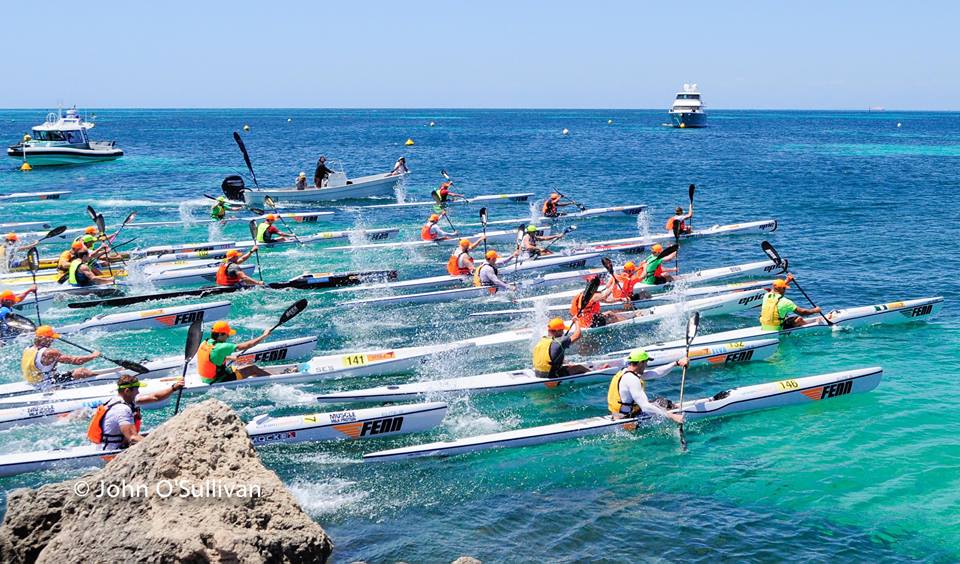 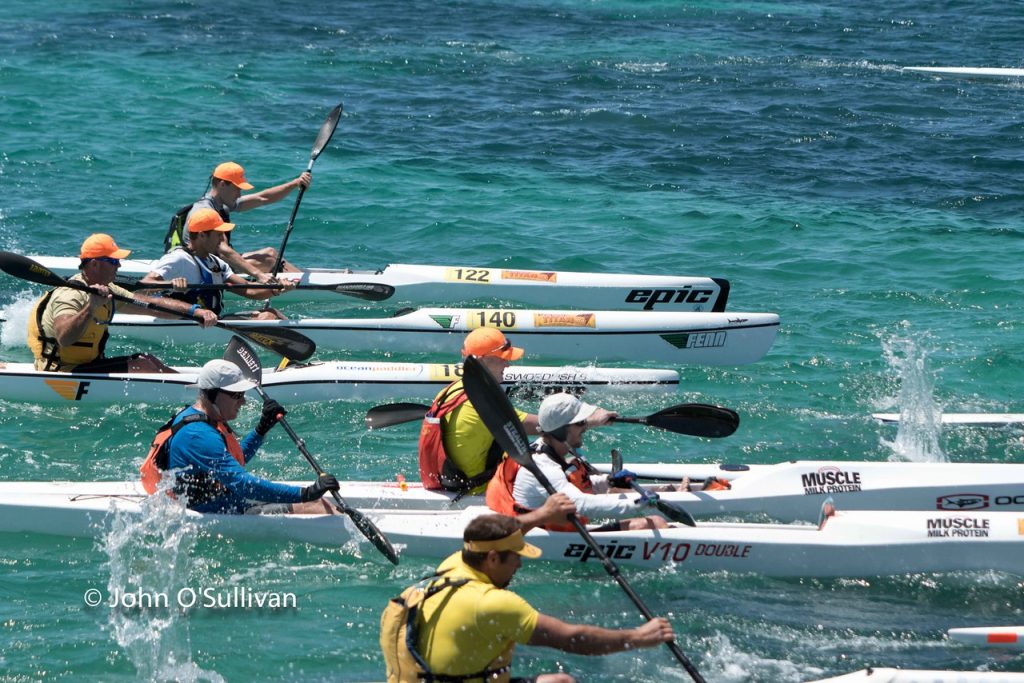 In the Elite Men’s Ocean Ski event Gold Coast based Cory Hill cemented his position as paddler of the year in 2015 after taking the win by 17seconds. By doing so he adds the Doctor title to a host of others he has collected this season, including the Molokai World Championships, the ICF World Championships & the World Series crown for 2015. Despite not winning an international event in previous years a few changes to his program and commitments this year have been invaluable. Cory told us “This year has been unbelievable. Never did I think I could win one of the big races. I am so humbled and lucky to have won so many races this year. Everything just clicked. It’s been awesome”. 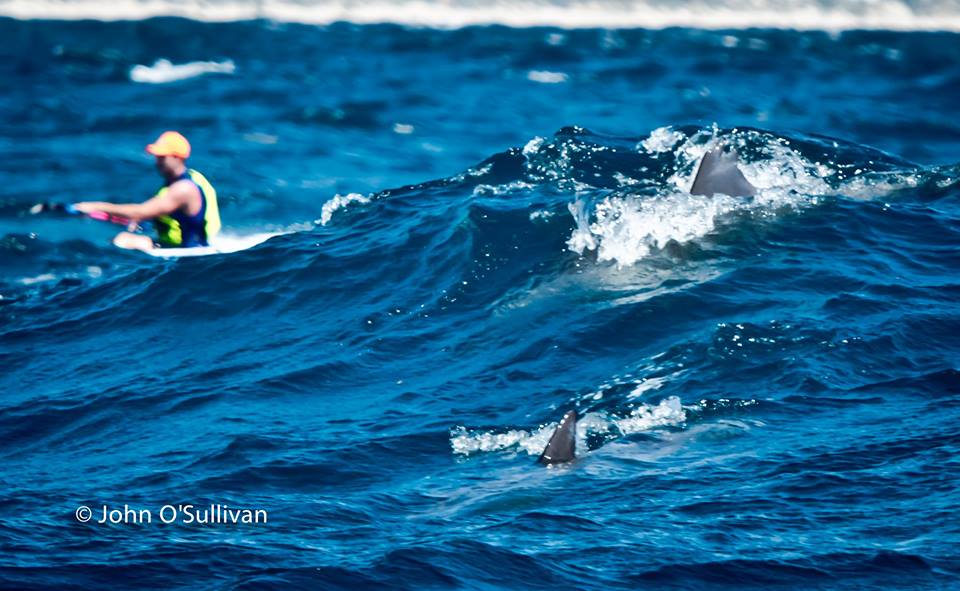 Cory fought off a strong field to take the win and the $3000 prize purse. The South African Mocke brothers Jasper and Dawid, looked to be battling for 1st and 2nd for much of the way taking a more direct line to the Centaur Marker off Trigg point(6km to go). Cory took a much further and less effective south route into the Scarborough. However the fast finishing Hill climbed and clawed his way back to the front, paddling past the Mocke’s in the dying stages getting his average speeds up to 20km/hr. It was a great feat by Hill, and by defeating three-time champion Jasper Mocke, and 2010 champion Dawid Mocke he became the first Aussie to win in 4 years. 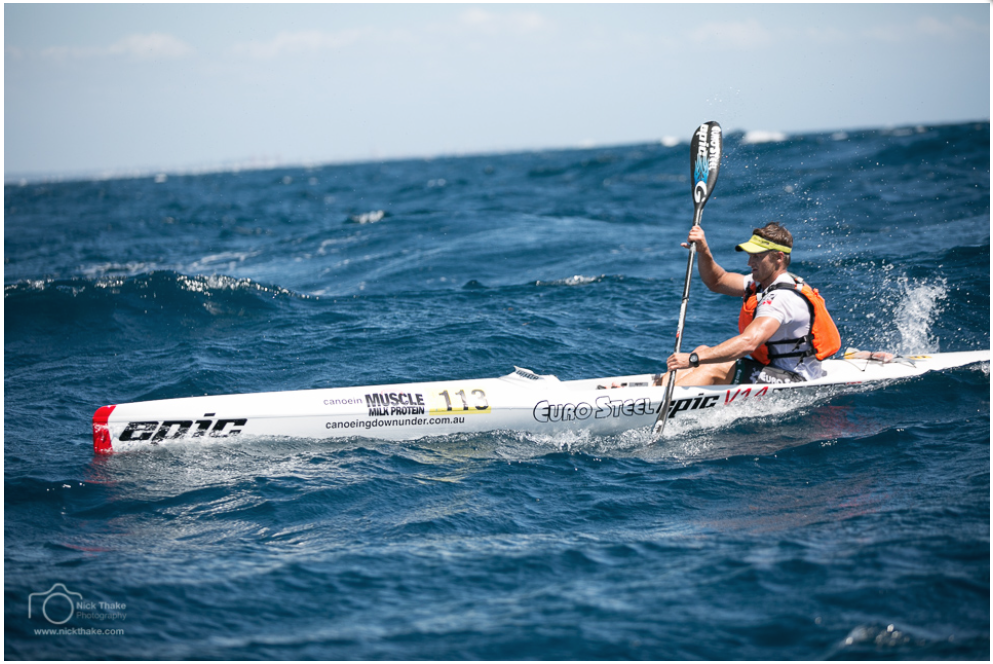 Despite being in the mix at halfway Gold Coast resident Michael Booth faded to hold on for a 4th. Local Perth boy and hometown favorite Reece Baker finished in 5th. Tasmanian brothers Sam and Tom Norton finished in 6th and 7th with Sydney Northern Beaches resident Mark Anderson closely behind in 8th. Clint Robinson and David Rhodes took line honors taking out the Double race coming in two minutes ahead of Hill.

In the hotly contested Woman’s Ocean Ski event, Kiwi Teneale Hatton dominated the race. She was threatened early by South African Michele Burn however paddled away to take the win by 90 seconds. Since her win at the recent ICF World Championships Teneale has been back in the kayak aiming to qualify for the 2016 Kiwi Olympic Team for Rio. “I went out hard and took the hotspot early on. From there I focused on my GPS tracking to the Centaur mark and focused on not missing a runner. The race was great and the conditions were perfect! It’s a great way to end a jam packed year of racing.” In an all-overseas podium Kiwi Rachel Clarke finished in third. First Aussie across the line was Tash Leaversuch. 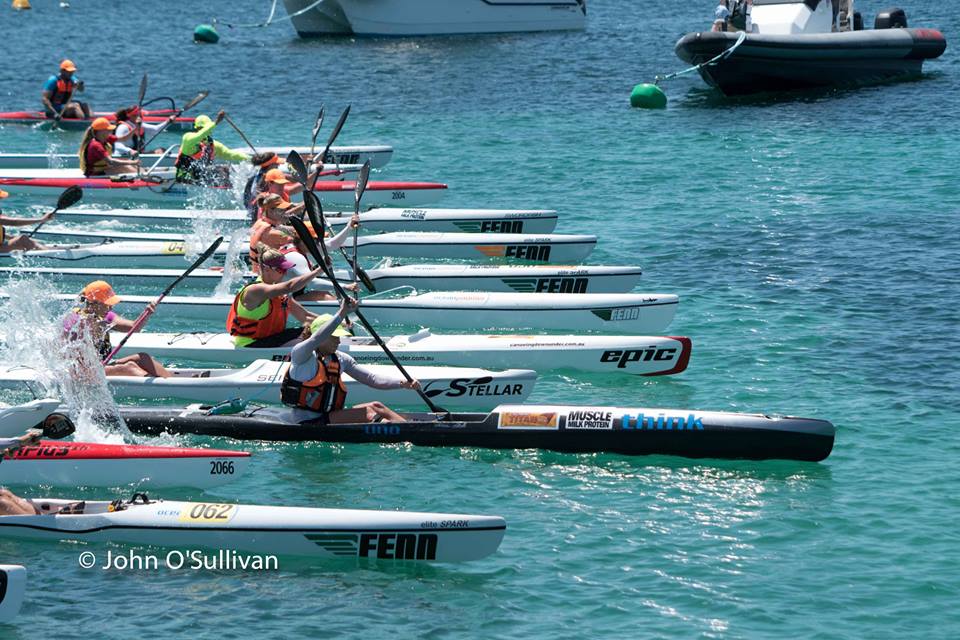 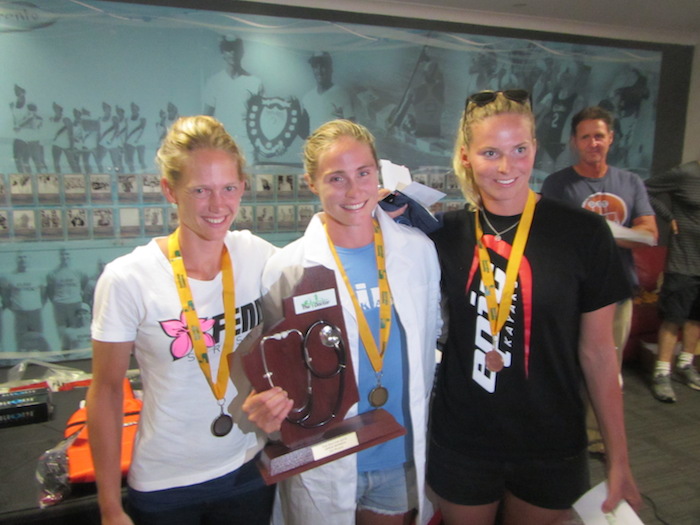 In the Elite SUP Sunshine Coaster Matt Nottage was somewhat a surprise package taking the win in the men’s 14ft division. He beat the more experienced duo of Gold Coaster Beau O’Brain and Hawaiian based Travis Grant in a tight fought battle. Matt was elated with the victory “I can’t believe I won. The other boys were so strong however I held my line further to the south and managed to sneak past them coming into the centaur mark.” From there Nottage was able to hold off the fast finishing Grant to take his first cloak and the race record in 2:08:20. In the Woman’s division Central Coaster Terrene Black dominated winning the event by 11minutes from Belinda Stowell-Brett. 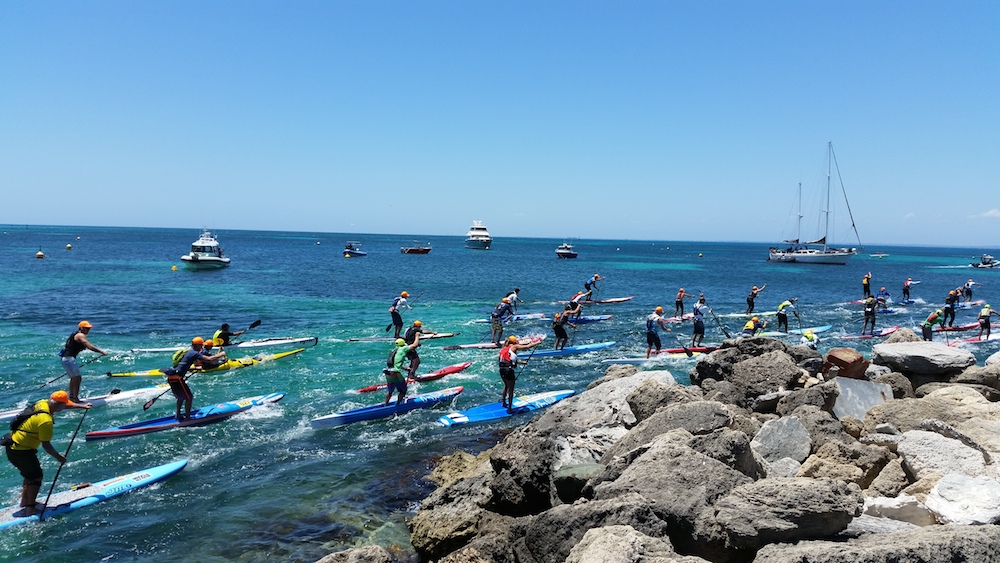 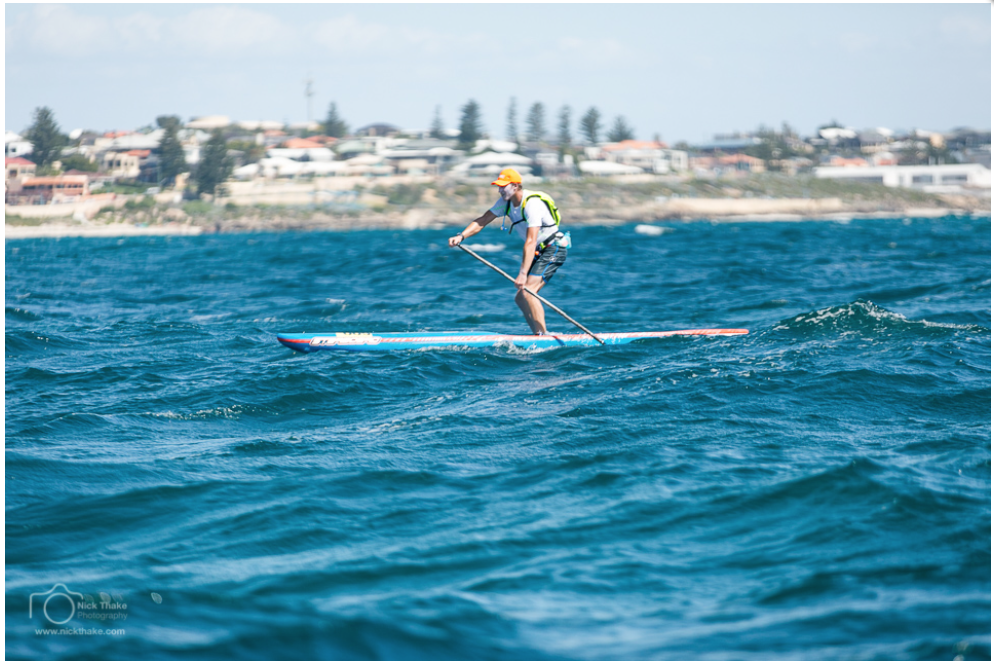 Director of the event and paddling enthusiast Dean Gardiner told us he couldn’t have been happier with the event “everything just ran so smoothly, everyone was great, there was an awesome vibe and best of all the wind was unreal. The Doctor is held annually in November each year and without our great event and series sponsors none of this is possible.” 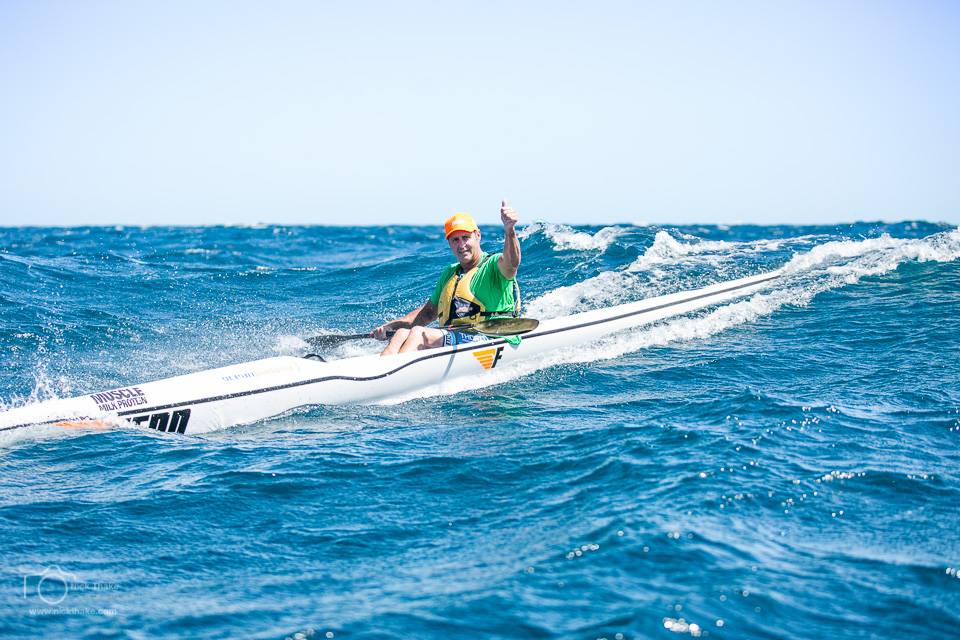 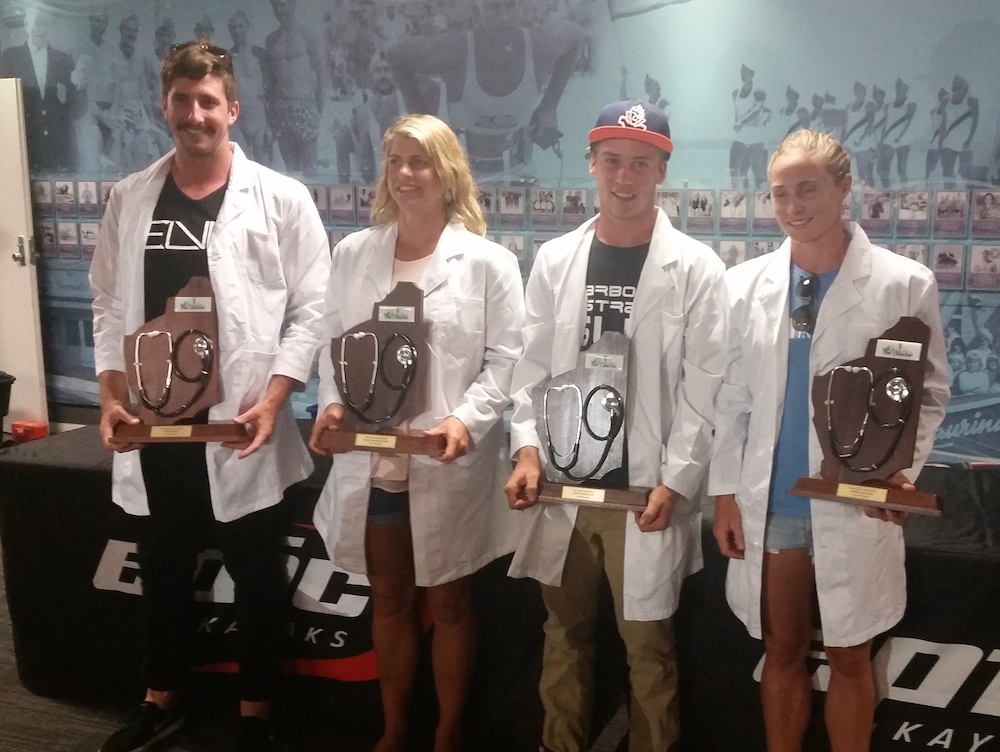 Full results can be found on https://oceanpaddler.com/results-the-epic-kayaks-doctor-2015/

Pictures from the event can be viewed from Nick Thake on http://www.nickthake.com/epic-doctor-2015/nggallery/page/1 or John O’Sullivan on 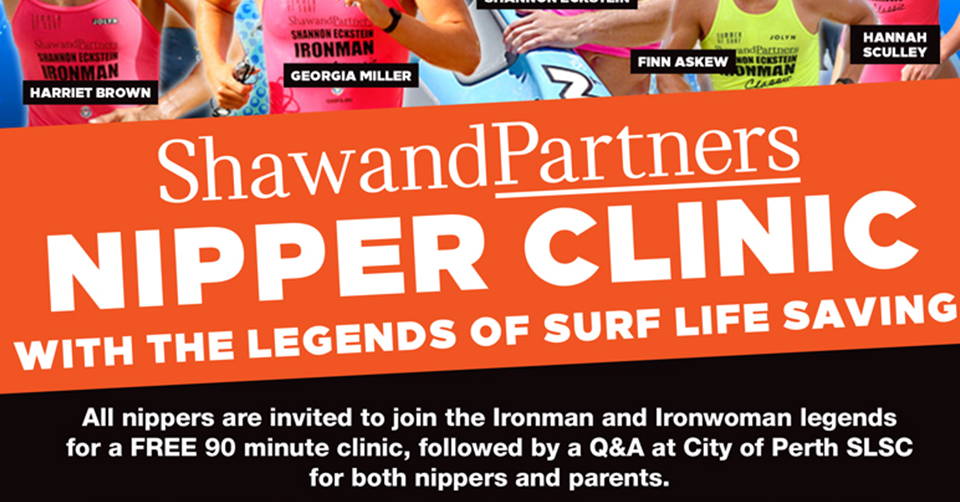 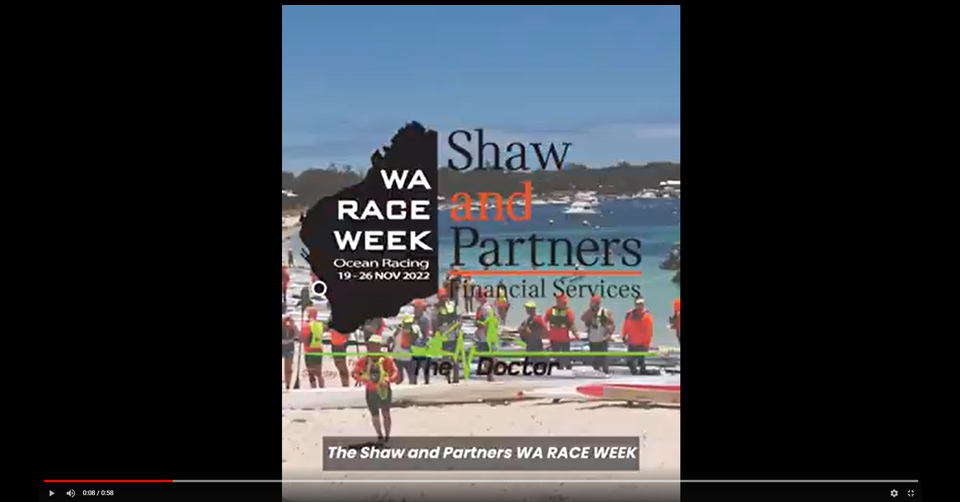 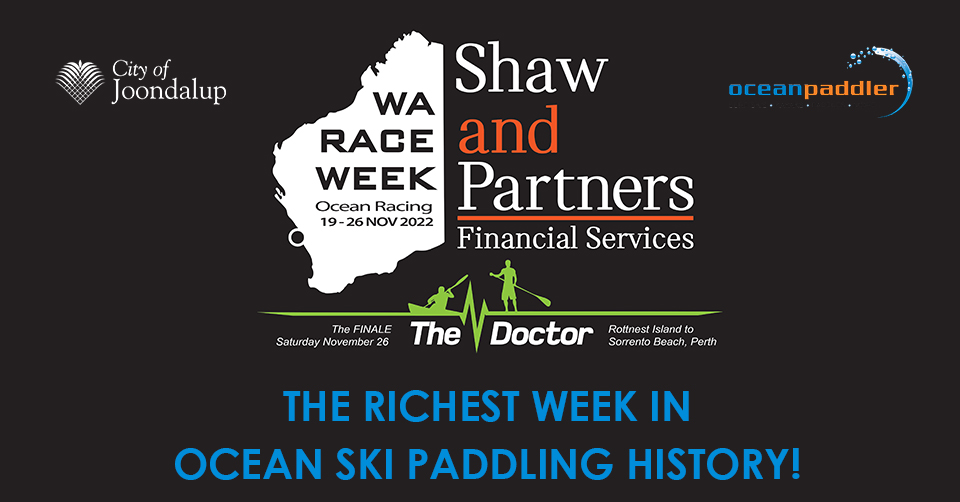