The all new Fenn Swordfish coming soon to Australia. 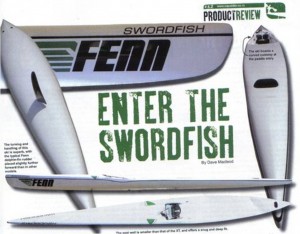 Keith Fenn’s surfskis have a worldwide following, with many top end racers like Dawid Mocke and Hank McGregor regularly racing them to victory on the ISPA World Cup circuit,. While a great many of us cut our teeth on the Fenn XT, many Fenn followers fail by the way side because there is just too much of a step to their top end racers like the Mako 6 and Elite craft. As David Macleod discovers, that problem no longer exists.

The arrival of the brand new Fenn Swordfish fills a gaping hole in their fleet as it offers intermediate and perhaps the more social paddlers a ski that suits their ability. And the blunt truth is that these guys and girls probably make up 75% of the market

The Swordfish sets out to take the key components that made the XT popular and bring them to a longer , faster racing ski. For starters the Swordfish is around half a metre longer that the XT and narrower at the cock pit / beam by around 4cms.

Cosmetically the ski has a curved cutaway at the paddle entry-point, a first for a Fenn ski, with a curved black seam line that gives the craft a slinky contemporary look and adds strength to the ski.

The seatwell is fitted with adjustable pedals set on  vertical runners, capable of adjusting from small novices/juniors to 6 foot 6 plus monsters. The front of the footwell includes a neat recess with an elasticated bungee tiedown that can hold juice or a dry bag with phone or flare.

The seatwell is obviously smaller than the XT seatwell, and a snug and deep fit. It is noticeable that the volume under the knees has also been lowered a little from previous designs, which is good news for smaller paddlers who found that bulge too high and awkward for them.

There is a breather pipe assembly next to the bung plug at the highest point of the front deck just inside of the footwell.

Underneath the seamline the Swordfish sets out to marry stability with performance. From the sharp nose there is a bold ridge that runs down the centre of the hull to just behind the seatwell that provides straight handling and tracking, as well as helping the ski hold its line on runs and when surfing.

The hull spreads out pretty quickly to a broad, rounded, high volume shape around the feet where it flattens to provide a big flat base underneath the paddler that continues into the tail section. There is a good deal of volume in the back of the ski that ends in a chunky, strong tail.

The ski is fitted with the Fenn dolphin-fin rudder, and has moved forward from previous models. And that’s the first thing you notice when you get onto the water.

The turning and handling is superb, giving the ski a real feeling of agility, coupled with a reassuring stability and steadiness. There is generally good volume throughout the craft which makes it a pleasure to take in and out of the surf-line.

Once out beyond the backline, the ski settles into a rhythm nicely and is pleasantly quick, thanks to the narrower beam and extra half a metre of length in the ski. The ample volume in the broad flat tail has the effect of allowing the ski to ‘jump’ up onto the runs, and the nimble response to the pedals means that it is easy to fit across the swell to try and link up runs. I also enjoyed the sense that the ski doesn’t wallow excessively of the back of the run.

The ski is light! This is partly due to its slightly shorter length but the glass construction demo I took out was refreshingly light. I understand that Fenn will soon be offering vacuum bagged glass construction options that will take several kg’s off this weight as well.

The Swordfish is a fun craft to paddle, bottom line. For an intermediate paddler looking to get out and enjoy the runs in comfort and stability, this is the answer. It won’t be competitive in a flat out racing shootout where full length and narrower skis will dominate, but for many of us, the prospect of winning a prize is the furthest things from our minds when we set out for a paddle. In fact this ski will probably bear out the adage for intermediate paddlers that speed comes with stability.

The market has been crying out for the Swordfish, and it looks set to become a staple for intermediate paddlers everywhere.

Contact at Oceanpaddler for further information or to register your interest. 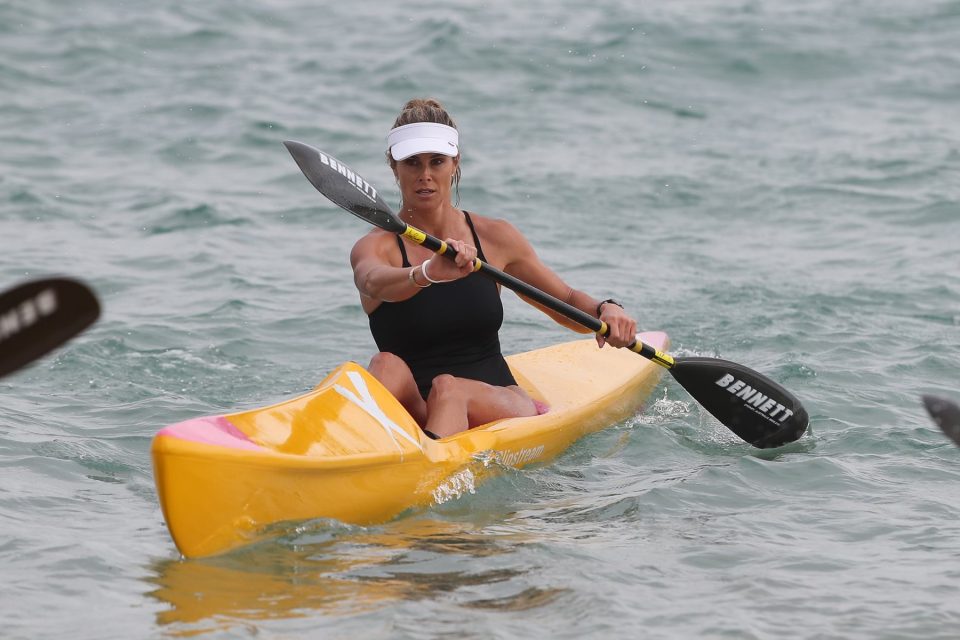 Lockdown lessons I learn’t from paddling 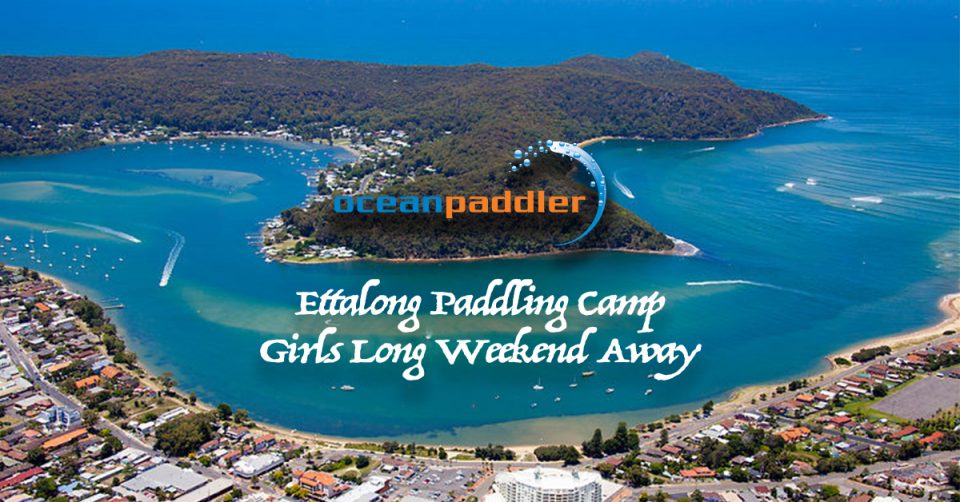