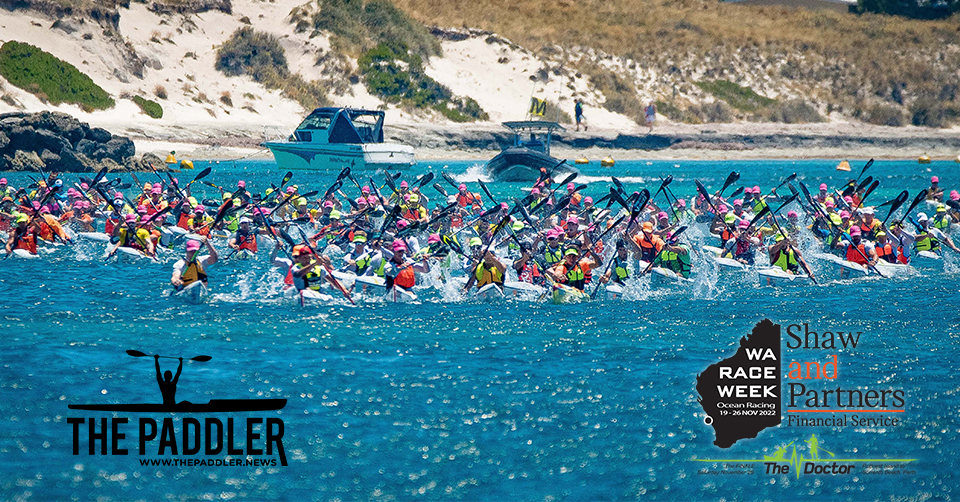 All the action of the biggest, richest week in surf ski racing history, this November’s Shaw and Partners WA Race Week and the iconic finale The Doctor, will be captured in a one-hour television documentary to be broadcast across Australia and internationally .

A five-member production team will track the adventures of over 500 paddlers from all corners of the globe, as they contest the five races of the November 19-26 WA Race Week from the crystal clear bays of Rottnest Island to Perth’s coastal beaches from Fremantle to Sorrento.

With the biggest prize pool ever offered in paddling history, a staggering $265 000, racing is sure to be intense.  But the doco will go beyond the competition, highlighting the unique culture and community of paddling and shining a light on the colourful characters that make up the international paddling community – from teens through to the old dogs of the sport.

The documentary is made possible by the investment of Shaw and Partners Financial Services in the sport, with event organiser Oceanpaddler partnering with The Paddler Productions to create the TV spectacular.

Executive Producer, Sam Djodan, has secured a major coup with the show to be broadcast free-to-air on Australia’s Nine Network over the coming summer.  Djodan is currently securing international broadcast arrangements to ensure viewers from around the globe can embrace the racing.

“We are so excited about this TV project,” said Earl Evans, co-CEO of Shaw and Partners.  “Surf ski paddling is a challenging sport to watch as a spectator, so this production has the potential to attract so many new paddlers, fans and ultimately, sponsors.

“Competitors will be racing for $265,000 in prize money, equal for both men and women with the same prize money, same course and same opportunity.

“This production is a major investment for Shaw and Partners but it’s one that we’re thrilled to be making. Paddling is such a great sport and we want to share it with the world.” 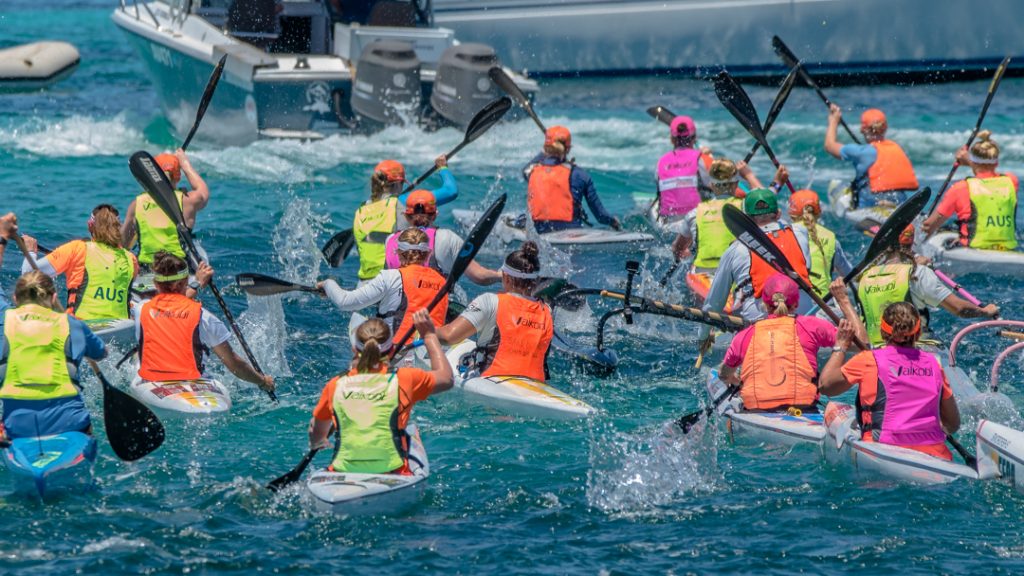 The announcement adds to the already enormous plans for 2022 Shaw and Partners WA Race Week which sees a prize pool of $265 000 on offer and kicks off Saturday November 19 with the Fenn West Coast Downwinder, includes two twilight races in the Dr Benjamin Hewitt Sunset Series before Friday morning’s Dash for Cash on Sorrento Beach.

The Saturday finale (Nov 26) though is what the paddlers are eager for, the holy-grail of ocean ski racing, The Doctor.  Now in its 19th year, the 27 km downwinder will see the world’s fittest ocean athletes race from Rottnest Island to Perth’s Sorrento Beach for major points and a sizeable slice of the massive prize pool.

Race director Dean Gardiner said the TV documentary will highlight the skill of the athletes against an exquisite stage – the pristine beauty of the ocean, islands and beaches of Perth.

“The racing will be intense, and viewers will gain a unique insight into the power of paddling and the pace of these athletes, all set against the most magnificent backdrop of WA,” said Gardiner, who was born and raised in Perth.

The Paddler Productions has assembled a team that boasts considerable experience working on the biggest events in sport – the Olympics, Australia’s award-winning Supercars, the Australian Open and the Dakar Rally, among them.

Vision of the racing will be captured from all angles – land, ocean and the air, through the ‘Shaw and Partners Chopper’. Athletes will also share their experiences of the Shaw and Partners WA Race Week in a sit-down interview style format.

“This will be a level of coverage our sport hasn’t seen before,” said Sam Djodan, executive producer and The Paddler Productions director.

“There are so many incredible stories and personalities in paddling. We’ve tried to highlight this through www.thepaddler.news, but this investment from Shaw and Partners means surf ski racing can be showcased on a scale that was previously unimaginable.

“From both The Paddler Productions, and also as a paddler, I cannot thank Shaw and Partners and Oceanpaddler enough for their commitment to the sport.”

Further details of the broadcast will be communicated closer to the event. To stay up-to-date with the Shaw and Partners WA Race Week, follow Oceanpaddler’s social media channels and oceanpaddler.com

Released for Shaw and Partners WA Race Week, The Paddler, and Oceanpaddler. 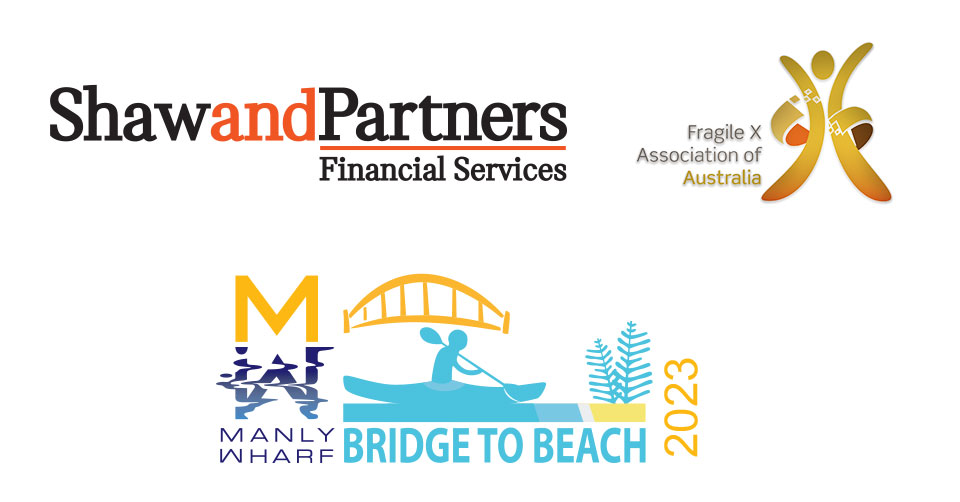 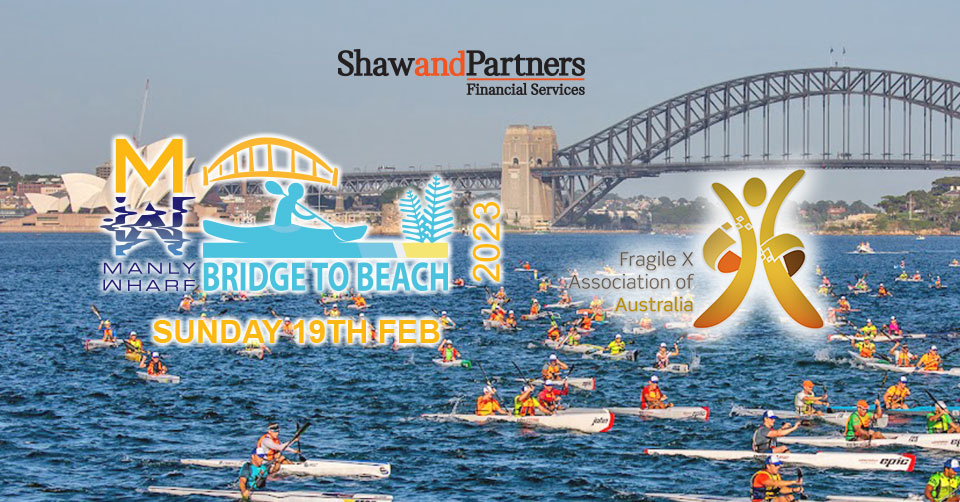 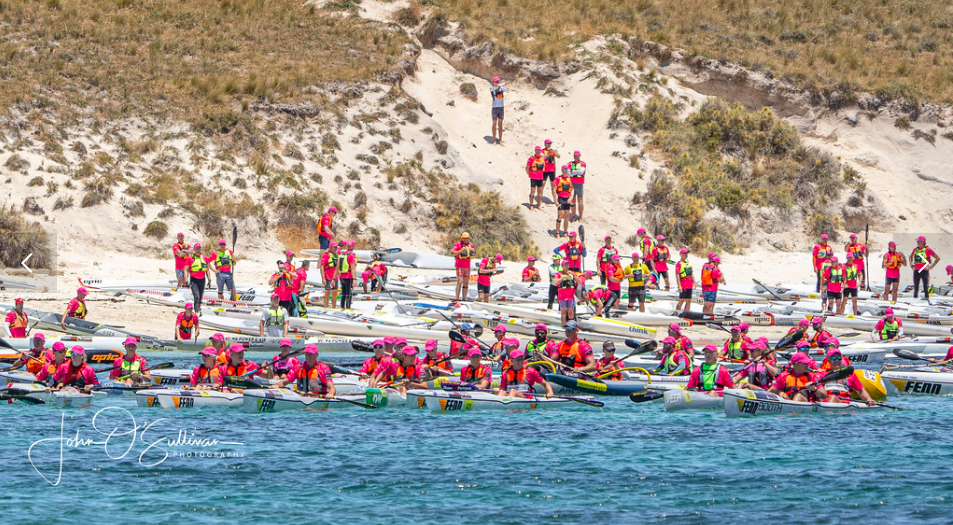