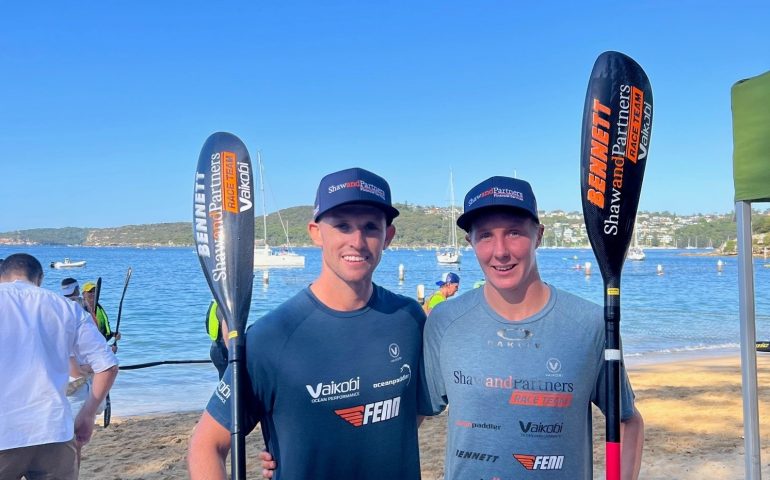 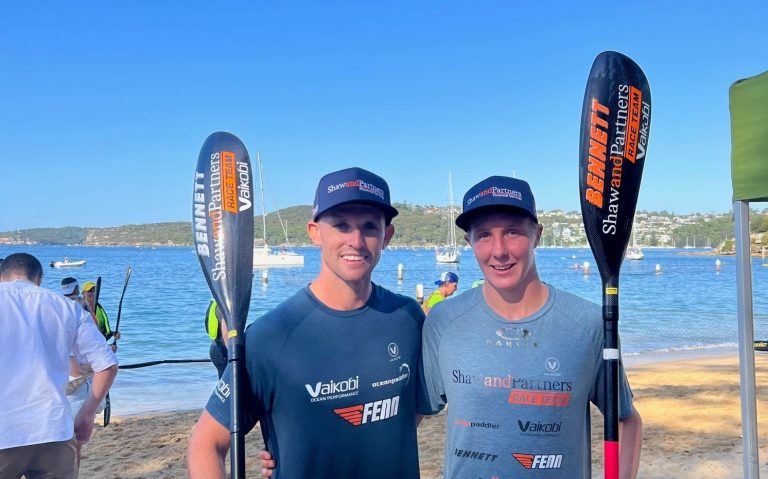 Brilliant morning on spectacular Sydney Harbour for the kick-off of the Shaw and Partners Australian Ocean Racing Series with the Manly Wharf Bridge to Beach, a fast and flat 11km sprint from Kirribilli Point to Manly Wharf, with Gold Coast based Tom Norton and Danielle McKenzie taking victory in the open skis and Team Elouera winning the double.

Five hundred paddlers took to the water at 8am, aboard skis, canoes and SUPS for the dash, with 28 year-old Tom Norton (TAS born) from Currumbin dominating the men’s open ski to win his second Bridge to Beach in a time of 42m26s in front of Newport’s Luke Morrison and Northcliffe’s Cory Hill.

“It was actually pretty tough.  It was super still on the harbour, a true flat water race for most of the 11km.  Not much movement in the water and no wind to assist,” said Norton after the win.

“That took a lot of heart actually.  But it’s good to know that I am aerobically pretty fit at this early stage in the season, because there was a bit of ticker required to get to the finish line.”

In the women’s race, McKenzie was unstoppable in the open ski.  Crossing in 46m29s, the 26 year old New Zealander who’s now based in Northcliffe, broke early from the field and powered home to finish more than 1m48s in front of competitor Georgia Laird.

Team Elouera took line honours, with Lachlan Gelea-Stacker and Nathan Neale, teaming up for the win, pulling away from Norton in the final stages to hit the beach for the 200 m sprint to the finish line and clock a 41m25s finish while David Kissane won the SUPS.

And in the mixed double ski, Guy Leech and Candice Warner, proved their still surf lifesavers at heart, coming through to win the double ski category in their first hit-out for the year.   They crossed the line in 48m18s and are planning to train for the next Sydney event,  The Chucky off Collaroy on March 19.

“I just loved it,” said a thrilled Candice who paddles three times a week.  “I just love this sport, the paddling, the racing, the camaraderie.   I tell you Leechy’s surf skills shone.  He knew when we had to go, and I just gave it my absolute best.  A big workout for a Sunday morning.”

“That was hard work, but great fun,” said Leechy.  “I tell you Candice is super strong.  She dug deep, when it was time to push for the finish, she powered.   We loved it.  We’ve decided to do more races.  It’ll be good, it’ll keep us training, through winter.” 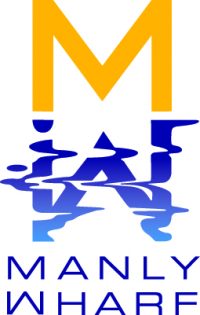 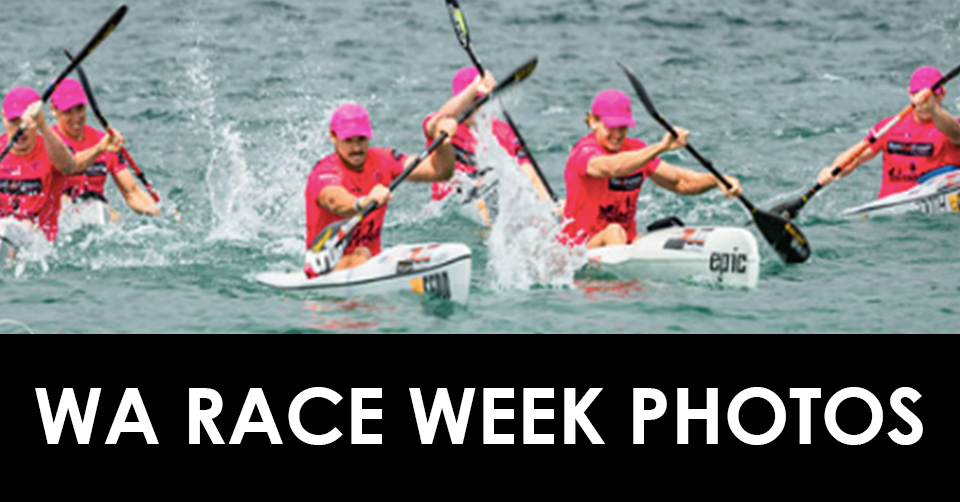 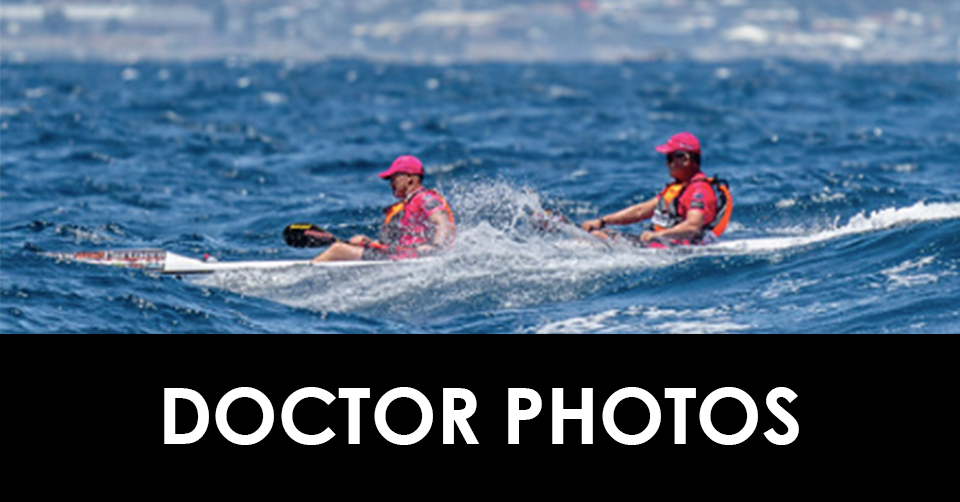 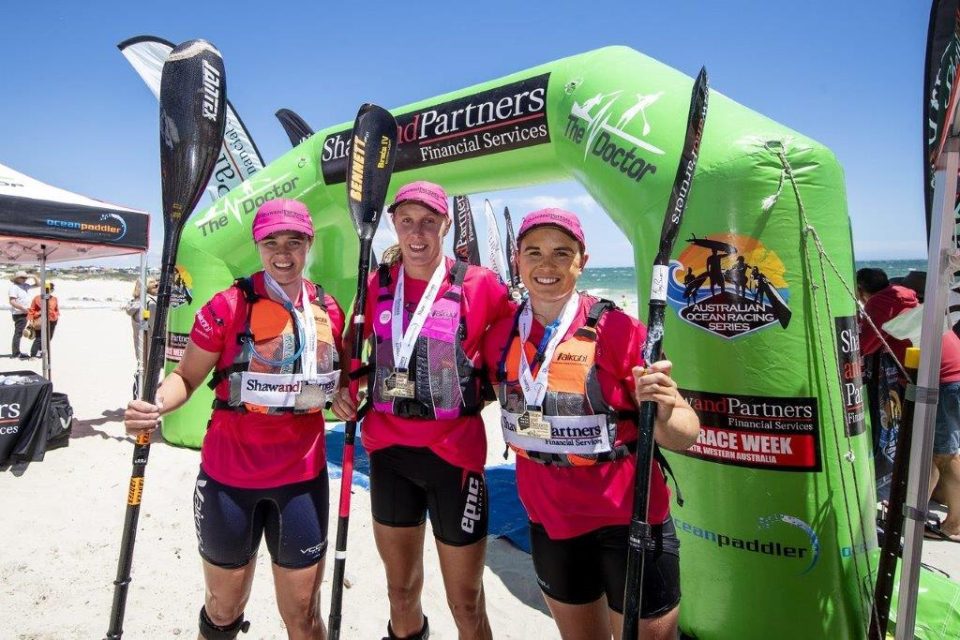